A leading Welsh think tank says Cardiff and St Athan airports are vital to releasing the economic potential of South Wales and the Cardiff city region. 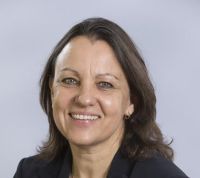 A new report by the Public Policy Institute for Wales (PPIW) supports the Welsh Government’s decision to purchase Cardiff Airport (2013) but affirms the need for a clear strategy and delivery plans to realise the potential for aviation related investment in South Wales.

PPIW claims the creation of a thriving national airport will give Wales increased connectivity for priority growth sectors, and benefit tourism, tertiary education and public services.


The report’s author, Chris Cain of Northpoint Aviation, argues that following a 13% increase in passenger numbers, Cardiff Airport has the potential to maintain existing and attract new services, with targeted investment and a newly appointed managing director Debra Barber.


He concludes that “the development of Cardiff and St Athan airports…will equip Wales with the infrastructure to compete in an increasingly speed-conscious, globally networked economy.”

These findings support those stated in a report from the auditor general, published on 28 January “Maximising the Economic Benefits of the Welsh Government’s Investment in Cardiff and St Athan Airports."   www.ppiw.org.uk

Is there a State aid issue?