Lufthansa has persuaded a US appeals court in Chicago to reject efforts by passengers to hold them liable for delays on multi-leg international flights involving multiple airlines. 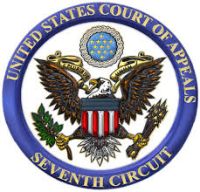 This decision by Judge Richard Posner highlights the hurdles that passengers can face in holding carriers liable for travel problems, including when foreign laws or code-sharing arrangements are involved.

The court said Lufthansa owed nothing to a California man who arrived in San Francisco 17 hours late after flying from Stuttgart through Munich because the first flight on another carrier was cancelled.

Posner said European Union regulations require passengers to seek compensation from the carrier that operated his cancelled flight, the now-defunct Augsburg Airways, though he bought his tickets through Lufthansa.

He also rejected the argument that Augsburg was "little more than a Lufthansa puppet," justifying holding the larger carrier liable.

"By way of comparison, we point out that Piedmont Airlines is a wholly owned subsidiary of American Airlines – does that mean that when one flies on Piedmont one really is flying on American, so that if Piedmont loses your baggage you can sue American?" Posner wrote. "No, any more than if you find a defect in your iPhone 6S you can sue not Apple, but Apple's shareholders."  www.lufthansa.com

I am amazed that a US court was able to untangle EU261 but they clearly reached the right decision nevertheless. The law is clear that claims can only be made against the operating carrier, irrespective of codeshares or anything else. The airline itself seems to have stopped flying in 2013 so the actual delay must be more than 3 years ago, a good reason to act immediately a delay occurs