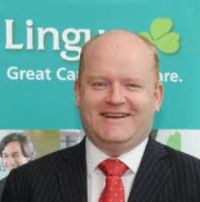 Management recently told staff that it had made a profit [in 2015] for the first time since Stobart Group helped rescue the airline, then Aer Arran from examinership – the Irish equivalent of administration – in 2010.

A statement issued by Stobart Group in response does not rule out a sale.

It says: “Stobart Air is working closely with our investors to position the airline for the next stage of investment and to assist us in delivering on our commitment to growing the airline further in 2016.

“There is no final outcome as yet from this process.”

There is a lack of news on proposed routes to Dublin and Southend.  www.aerarann.com  Also see AND FINALLY.