Back in January 2014 BTN Interviewed David Dingle, chief executive of Carnival UK, whose parent company is the owner of P&O, Cunard, Holland America, Princess and Seabourn and in total 10 cruise lines.  Mr Dingle’s responsibilities cover Cunard and P&O.  Was he concerned regarding the arrival of Britannia, due the following year, and a capacity rise of 24% in the British market by P&O?  Clearly not.  No figures are out yet but 2015 may well have been a record year for the cruise market with nearly 19,000 berths added to the worldwide cruise portfolio. P&O UK is staying where it is for 2016 but elsewhere there is a record amount of new capacity.

Most of the cruise lines noted here in BTN will be exhibiting at the London Cruise Show hosted at Olympia 20-21 February.  We are able to offer a very special price of just £2.  If nothing else it provides an opportunity to collect all the latest brochures in one go! Tickets are £10 at the door.  Book online www.cruisingshow.co.uk quote 'E1' to claim the discount, or by calling +44 (0)871 620 4024. There are no parking restrictions on the Sunday.

Using Douglas Ward’s Berlitz Cruising and Cruise Ships 2016   this year will see 10 new ships arriving and the astonishing addition of 27,000 beds to be filled every single week around the globe.  From a practical point of view it is 11 with Crystal Esprit joining the ranks 20 December 2015 at Eden Island Marina in Mahé, Victoria, Seychelles.  One thing for sure the new ultra-luxury Crystal yacht will not affect the total numbers with just 31 suites.  It even has a submarine for aqua exploring.

The cruising market seems to be growing in two distinct ways.  Very large resort ships, a sort of floating theme park with accommodation, or a quality product, much smaller and often food orientated, which does not really have a land-based comparison.  Few hotels offer coaching kitchens or an in-house theatre.  For the summer Mediterranean season sea days are now very limited and with ships not leaving port until late in the evening.  If you want sea days it is a Atlantic positioning crossing or part of a world cruise section.

Here are the ships in alphabetical order:

Aimed at the German speaking cruise market AIDAprima has been built in Japan and incorporates the Mitsubishi Air Lubrication System (MALS) which forms small air bubbles, and covesr the bottom of the vessel like an "air carpet", thereby reducing friction between the hull and seawater when sailing. MALS reduces carbon dioxide and fuel consumption by approximately 7%.  Another remarkable feature of the ship will be the weather-independent, transparent U    V-permeable membrane dome of the AIDA Beach Club. The almost invisible dome-shaped membrane will allow guests to relax in a beach atmosphere under palm trees, and serves as a screen for the projection of virtual starry skies and laser shows. Guests will be able to enjoy a multitude of activities on the 4 Elements deck, or have fun on the water slides of the AIDA Racer and enjoy other sports activities on the sports deck. www.aida.de 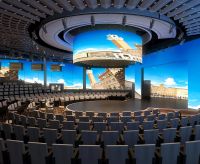 Holland America, part of Carnival Group has not introduced a new ship since Nieuw Amsterdam debuted in 2010.  The Seattle-based, but traditionally Dutch line, is investing heavily in culinary venues and activities on Koningsdam with the Culinary Arts Center, a show kitchen where passengers can take cooking classes during the day and then dine at the venue at night. HAL also is introducing a new for-fee seafood restaurant called Sel de Mer. Wine-lovers will adore Blend, a small venue that allows passengers to mix their own wines at the only purpose-built wine-blending venue at sea. The 2016 programme includes Mediterranean, Baltic, British Isles, Northern Europe, Caribbean, Bahamas. www.hollandamerica.com 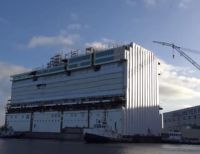 At present the name Dream Cruises may mean little in the European cruise market but it will become a name to be associated with ultimate luxury in the years to come.  Dream Cruises is part of the Hong Kong based hospitality and leisure conglomerate Genting which takes in Crystal Cruises and Star Cruises and also has a significant  investment in Norwegian Cruise Lines (28%) which in turn is involved with Regent Seven Seas and Oceania.  Genting also owns the German shipyard Lloyd Werft, which is building Genting Dream.  In the UK Genting is the largest casino operator and recently opened both Resorts World and the Genting Hotel at NEC Birmingham, adjoining the airport. www.gentinghk.com/en/home.aspx

The biggest cruise ship in the world, Harmony can accommodate 5,497 passengers at double occupancy (and a whopping 6,410 when sailing at maximum occupancy). Harmony of the Seas is part of Royal Caribbean's Oasis Class, which includes the popular megaships Oasis of the Seas and Allure of the Seas.  But it does work and by 2018 there will be five of the class sailing the seven seas

The new cruise ship includes many favourites from its sisters, such as a seven-"neighbourhood" concept that creates themed areas like "Entertainment Place" and the "Pool and Sports Zone" and a 10-storey spiral slide called "The Abyss."  Wi-fi, similar to the very quick system on Anthem of the Seas, is also being fitted and passengers will quickly get used to wristbands to operate the cabin doors and to pay for on-board purchases.

The 2016 programme includes the Mediterranean and for the winter the Caribbean. www.rccl.com

For whatever reasons the Germans are not that keen on adventurous names for their cruise ships and this latest vessel, near identical to the already in service Mein Schiff 4, is due to make her maiden voyage out of Kiel next July. She will visit Southampton as part of her summer programme.

Owner TUI is in much the same market as its British sister company Thomson Cruises but benefits from purpose-built ships. www.tuicruises.com

The third ship in Royal Caribbean's innovative Quantum Class is aimed at the growing Asian market. Like its sister ship, Quantum of the Seas, Ovation of the Seas will homeport in Tianjin (China), though the 4,180-passenger cruise ship will sail four Australia and New Zealand itineraries from December 2016 to January 2017.

Ovation of the Seas features high-tech everything, with lightning-fast internet, robot bartenders and a breathtaking entertainment space, Two70, that blends acrobatics, dance and music with floor-to-ceiling LED screens and six moving high-def TVs.  The ship also includes high-end shops, including Cartier, Kiehl's, Bulgari and Hublo, as well as a large casino.  www.rccl.com 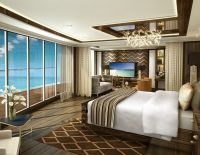 At this five-star level it is difficult to compare ships but all accommodation is called “ suite”, and even the smallest come it at 212sq ft – large by cruise industry standards.  The ship includes six restaurants, as well as a Culinary Arts Kitchen, a first for the line.  Passengers can hone their cooking skills at the state-of-the-art show kitchen where they'll receive hands-on instruction in areas like cooking the perfect fish or French techniques. Foodies will love the ship's Gourmet Explorer Tours, which pair shore excursions with food and wine tastings in a small-group setting (12 to 18 passengers maximum).  Prices include airfare, dining, drinks, gratuities and an excursion in every port.

The 2016 programme starts in the Mediterranean with a Caribbean deployment for the winter.  www.rssc.com

The premium Carnival brand Seabourn has spent the past two years selling off its three oldest ships.  The upside has been consistency among its remaining vessels, as well as a clear plan of expansion, which begins with Seabourn Encore its largest to date.

Much of the excitement around Seabourn Encore centres on dining – specifically on a new partnership with world-famous Chef Thomas Keller, known for his three Michelin-starred land-based restaurants: The French Laundry, Per Se and Bouchon. With Keller, Seabourn creates a signature restaurant onboard Encore that features high-quality ingredients and innovative dishes.

Among other highlights on Encore are a marina deck, from which passengers can windsurf, kayak and pedal boat; Sky Bar, an alfresco spot for drinks; and the Grand Salon, the ship's primary show lounge, which hosts, among other things, talks from a range of experts, including explorers, chefs, scholars and performers and renowned specialists from areas such as arts, sciences, politics and the humanities.

All cruise fares on Encore include dining, drinks and gratuities.  The 2016 programme offers Northern Europe and the Mediterranean.  www.seabourn.com 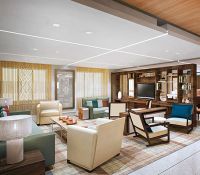 Viking Sea is a sister ship for Viking Star successfully introduced by the river cruise market leader last year.  Upmarket the ships replicate all that Viking has offered over the years including as part of the package shore excursions complimentary beer, wine and soft drinks served at lunch and dinner, plus wi-fi.

There are multiple dining venues and two swimming pools, one under an opening roof and the  other, a true infinity pool that extends off the back of the ship.  The 2016 programme includes Mediterranean, Northern Europe and Baltic. www.vikingcruises.com


Next month (1 February) we will be highlighting cruise offers prior to the London show.  We are limited with space and operators are asked to limit details to their two most attractive bargains in the format of cruise company/ship/ departure and arrival ports and dates/sea days/whether air fares are included and also tipping, drinks and additions policy.  By 26 January please to info@btnews.co.uk