It is a tradition with BTN that the first ON THE SOAPBOX of the year is given over to a major player in the British travel scene.  For 2016 Andrew Swaffield, chief executive officer, Monarch Group, looks forward on behalf of his company, and also the industry in general where Sharm El-Sheikh is an enigma with no date yet firmed up for a return of UK flights. 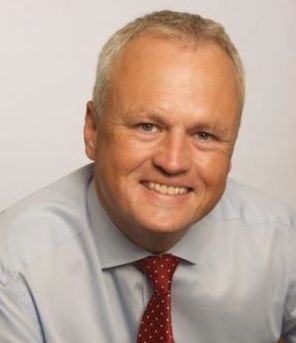 Andrew joined Monarch in March 2014 from Avios Group Ltd, where he was Managing Director for seven years from 2006. Under Andrew’s leadership, Avios launched the new global single currency for International Airlines Group (IAG), which owns Avios Group Ltd, and the new Avios brand in 2011.  He has over 25 years’ management experience in travel, aviation and airline loyalty gained with Thomas Cook and British Airways where he headed leisure sales in the UK and Ireland, as well as running its travel agency and tour operating subsidiaries.

"As 2016 begins, I can’t help but reflect on what an eventful and transformative year 2015 has been for our business.

In late 2014 Monarch was sold to Greybull Capital following an extensive restructure which involved a radical overhaul of the Group’s activities, including rationalisation of our route network and fleet, improved revenue management, modernised working practices and the permanent removal of £200m in annual costs. After removing charter and long-haul from the network, the airline has focused its attention on its 'heartland', strengthening services to the Canaries and the Mediterranean, and is now a completely scheduled leisure airline.

In early December I was pleased to be able to announce the conclusion of the Group’s turnaround, and a return to profitability.  The Group is more integrated than ever, with our tour operating division adopting the Monarch brand in October of this year and the Engineering division contributing to the Group's profitability through increased third party business.

Although trading in FY15 was good, the industry faced a number of headwinds during the second half of the year. The terror attacks in Tunisia closed the country as a destination for UK tourism, and led us to increase our overall carrying capacity on other routes, including to Monarch’s heartland destinations.

The Greek Eurozone crisis depressed bookings to the country by 50% for two months in mid-summer, but recovered well in the autumn. Turkey and Cyprus were weaker than in 2014 while the European migrant crisis affected bookings across the Eastern Mediterranean.

On the positive side, the whole Group benefited from the success of the restructure, the tail wind of lower jet fuel prices and a Euro exchange rate which proved good value for UK tourists.

The beginning of our financial year for 2016 started with the suspension of flights from Sharm El-Sheikh following the crash of the Russian MetroJet airline and the attacks in Paris which has brought safety to the forefront of the travelling public’s concerns.  The safety of customers is and will remain Monarch’s top priority.  Despite these events, the outlook for this winter is good, though consumers are booking later than usual.

Our priority for the year ahead is to maintain the low-cost base established during the restructure, and build a year round scheduled network for travellers looking for short breaks and holidays to beach, city and ski destinations.  The recent expansion of our network has seen the introduction of destinations in Israel, with flights from Luton to both Tel Aviv and Ovda and Manchester to Tel Aviv.  We have also launched three times weekly flights from Birmingham to Madrid and Lisbon from Birmingham, Gatwick and Manchester.  Across the network, the airline has increased frequencies to key destinations and introduced more sociable flight times which has started to attract some business travellers on key routes.

Looking forward, the focus of the group is to continued sustainable growth into key markets and building a year round profitable network.

Across the aviation industry, I believe that we will see more airlines restructure.  In a cost competitive market, airlines must operate efficiently no matter what their size and despite current low fuel prices.  Customers will remain cost conscious but safety concerns are influencing their choice of destination. There is still appetite for travel to Sharm El-Sheikh and we continue to work closely with the Department for Transport (DfT) and the UK security services, and remain hopeful that we will see this destination reopen soon.  The UK travelling public are very resilient but the industry will need to work together to help rebuild that market over the course of the coming year.