An appeal has been lodged following a German court’s decision over the holiday period to revoke the approval for 29 Etihad codeshare flights with airberlin. 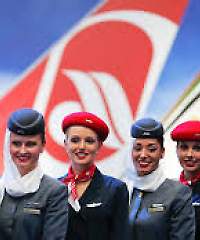 The Administrative Court of Braunschweig decided that the German Ministry of Transport was entitled to reject the 29 Etihad Airways – airberlin codeshares, which had been permitted only until 15 January 2016.‎

As the appeal was filed in the higher administrative court in Lüneburg today (Monday 11 January), James Hogan, president and chief executive officer, Etihad Airways, reiterated the airline’s unwavering support for airberlin, saying it remained committed to the German carrier, to competition and to consumer choice for German travellers.

“With airberlin, we are working to ensure that no traveller suffers as a result of this dispute, and all bookings will be honoured.

Etihad Airways took a 29.2% stake in airberlin in 2011, following encouragement from German regional and national Government representatives.  The key to airberlin’s future, then, and today, has been the opening of the new Willy Brandt International Airport, but that still has not happened.   www.airberlin.com