While the controversy rages over where the next runway in the South East should be London’s transport infrastructure is changing, particularly with regard to Crossrail and the new Tube line to Battersea where work has now started.  The new train lines will arrive long before Runway 3. 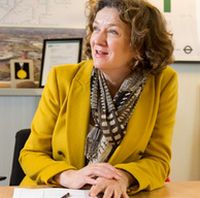 Organised by Waterfront Conferences this coming Wednesday 13 January sees a symposium in London to discuss the best practice in delivering these large projects to help enhance the local area and maximise economic growth.

Business Travel News will be raising the question to Crossrail with regard to competition with Heathrow Express and, perhaps more important, the lack of a station in the Silvertown area, which would also serve London City Airport.  As things stand Crossrail trains stop at Custom House for Excel, tunnel under the King George V dock, emerging near the airport with the next station the other side of the Thames at Woolwich and continuing on to Abbey Wood and the North Kent Line.  According to timings announced by Crossrail London City to Heathrow Central could be just 45 minutes.

Speakers include representatives from Crossrail, Network Rail and the Old Oak Common Development Corporation.  Already signed up to listen, and discuss, is a broad spectrum of transport planners including City Hall and Transport for London.   www.eventsforce.net/waterfront