An Air France Boeing 777 made an emergency landing at Mombasa Airport Kenya yesterday (20 December) after what turned out to be a fake a fake bomb was found in a toilet.  The aircraft was on its way from Mauritius to Paris.  Passengers and crew totalled 473. 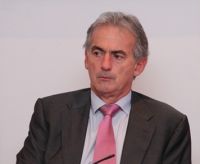 Air France chief Frederic Gagey later said it was made of a cardboard box, paper and a timer.

He described it as an "extremely aggressive act".

Several passengers from the flight have been questioned by Kenyan police.

Mr Gagey told a news conference that the airline would press charges against those responsible and an inquiry would be held.

But he denied there had been any problem with security checks in Mauritius, saying the device contained no explosives, so would not have been detected.

Flight AF463 is the third Air France plane to be diverted in recent weeks. Two flights from the US to Paris were diverted on 18 November after bomb threats were received but no bombs were found. France has been in a state of emergency since the 13 November attacks in Paris that left 130 people dead and hundreds wounded. www.airfrance.com