Air France is expanding its short-haul network with daily flights between Paris and Glasgow, starting on 27 March. Glasgow will be the airline’s third Scottish and ninth UK destination. 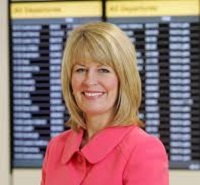 The service, operated by a 131-seat A318, will joinGlasgow to Air France’s Charles de Gaulle hub in Paris with connections to a worldwide network of more than 130 destinations including Shanghai, Tokyo and New York. The daily flight will be operated by an Airbus A318, carrying up to 131 passengers.

Glasgow Airport managing director Amanda McMillan said the airline’s decision to introduce services from the Scottish city followed a strong business case put forward by the airport and Air France’s wish to strengthen its links in the UK market as well as position itself as a key intercontinental airline for Scotland.

Research showed significant support from business and leisure sectors for the route as well as a growing demand for connectivity due to Glasgow’s diverse economy across a variety of sectors, she added.