While security will be a priority at all airports this Christmas, Manchester has taken the extra step of issuing festive advice to passengers ahead of the busiest holiday period in its 77-year history, with 400,000 people set to fly during this week. 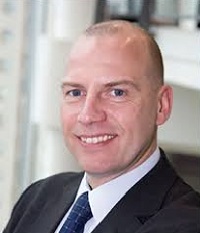 Andrew Proudlove, head of security at the airport, Britain’s third largest, is warning that coats, hats, scarves, wrapped presents and even cranberry sauce, snow globes and crackers can all cause potential problems.

Officials are also asking passengers to consider what they put in their hand luggage before they get to the airport to avoid presents being confiscated. “If you try to take restricted items on the aircraft once you’ve checked in, you will end up having to leave them behind,” a spokesman said.

Officials have calculated that on average, an unprepared passenger who has to unzip zips, undo buttons, take off hats and gloves and untie a scarf at the metal detectors, rather than in the queue, adds more than a minute per person to the security processing time.

“It doesn’t sound much, but multiply it by hundreds of thousands of passengers and it soon adds up,” Proudlove added.     www.manchesterairport.co.uk