With airports ready to rush out their passenger throughput numbers for this year during the first week in January, London City Airport (LCY) has stolen a march on them all, publishing what it terms “expected figures” for 2015. Mind you, as sale discussions with prospective buyers are thought to be under way, an announcement can do no harm.

“2015 has been a record-breaking year for London City Airport, with some 4.3m passengers using the airport – up from 3.65m in 2014,” said Declan Collier, chief executive.

“Highlights have included the first full year of operation for Flybe, the growth of British Airways adding additional aircraft to its LCY fleet and the launch of new routes such as CityJet’s Cork service and Bern with SkyWork.

"We were named the UK’s most responsible business by the All Party Parliamentary Corporate Responsibility Group and have continued to blaze a trail with innovations in technology in all areas of the business, from check-in, to security and aircraft turnaround.

"Quite a year, and 2016 looks set to continue the pace as we open the new £16m Western Lounge and work to secure permission to grow, adding much-needed aviation capacity in the South East.”  www.londoncityairport.com 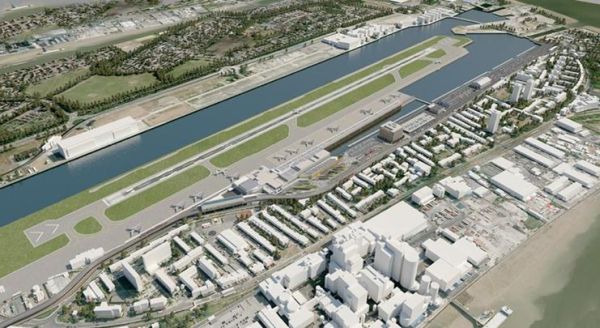