Scotland has been urged to rethink its relationship with London’s airports after the government put off a decision on a new runway for Heathrow. 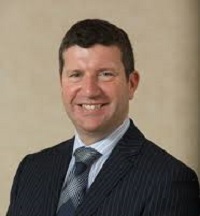 Edinburgh Airport chief executive Gordon Dewar said: “We have long believed a new runway at Heathrow is undeliverable and would in any case be a poor choice for Scotland. We are where we have been many times before and it is time for new thinking.”

He noted that 26 new routes would be launched at Edinburgh between this winter and next summer. “Our unprecedented growth is being driven by direct international traffic ...  in turn fuelled by Edinburgh and Scotland’s growing global reputation as a year-round destination for international visitors,” he added.

“We now have some of the world’s largest airlines serving Europe, the Middle East and North America from Edinburgh. We no longer need to think of ourselves as feeder airports for London airports.”

Dewar said he was happy to “compete aggressively” with Gatwick and other airports for Scotland’s share of air traffic, but “that competition can only exist if we move on from the age-old obsession with Heathrow, which has been supported many times in the past and has been grounded every time.”  www.edinburghairport.com

With GIP owning both Edinburgh and Gatwick, why would a member of the GIP group support Heathrow development? Albeit such support or lack of it is fairly academic as its the market and airlines that ultimately direct where service and facilities should be developed.

This has been obvious for over a year, I'm amazed the SNP hasn't incorporated it into its strategy long before now. I'm equally amazed that MAG doesn't take the same line. But they're about as indecisive as Cameron.