A counter-terror system for aviation, led through the European Parliament by Conservative MEP Timothy Kirkhope, has won support from MEPs on the civil liberties committee, paving the way for final adoption following three years of negotiations. 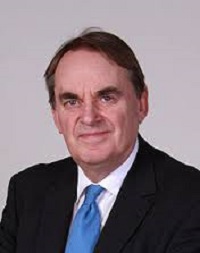 Backers want an EU Passenger Name Records (PNR) system like the one in place in the UK to allow the collection of basic information on air travellers, which is used to establish patterns of behaviour that can give an indication of suspect behaviour.

Kirkhope said the UK system last year led to more than 150 drugs seizures, identified 235 individuals involved in organised crime and helped to understand and detect terror networks such as those in Syria and Iraq using foreign fighters from Europe.

"We are now a significant step closer to having this important tool in our armoury for fighting terrorists and organised criminals and traffickers,” he added.

“PNR data given when booking a flight has proved invaluable, but I wanted to ensure we have a system in place that is proportionate and which ensures people's data is handled with the sensitivity it deserves. I believe we have struck a good balance in this agreement.”   www.kirkhope.org.uk