Ethiopian Airlines has made history by rostering an all-female crew on a flight from Addis Ababa to Bangkok. It was the first time in the airline’s 70-year history in which all the crew, including pilots, maintenance team members and air traffic controllers, were women.

Women also staffed cabin, ramp and airport operations as well as on-board logistics, air safety and security jobs. Ethiopian said the flight was an example of its wish to diversify and show the world the important jobs African women now hold.

The airline, which claims to be the most profitable in Africa, says about one-third of its employees are women, though the number of female pilots is still below 10%. According to the Women of Aviation Week, just over 5% of all commercial airline pilots in 2010 were women.

American Airlines was the first airline to hire a female pilot in 1973. A British Air Ferries shuttle from Britain to Germany in 1977 had all women in the cockpit, while Indian Airlines claimed the first all-female crew in January 1986. Air Zimbabwe has also fielded an all-woman flight crew.  www.ethiopianairlines.com   wwwairzimbabwe.aero   www.womenofaviationweek.org 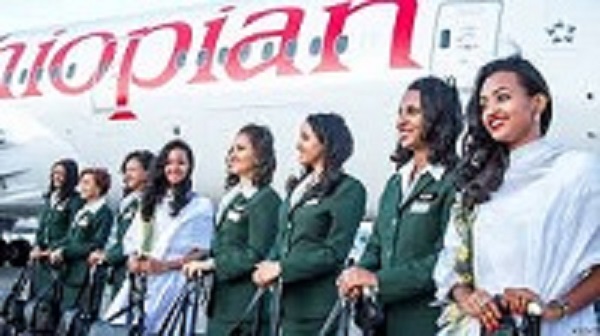