New version A320 moves up

Airbus has received certification for the A320neo (new engine option), paving the way for first deliveries of the revamped medium-haul jet. 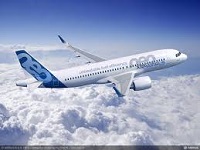 The European Aviation Safety Agency (EASA) and US Federal Aviation Administration (FAA) have jointly approved the model, a fuel-efficient upgrade of the original A320. The approval is a boost for Pratt & Whitney, whose engines will power the first A320neo.

Qatar Airways is expected to take delivery next month of the first of more than 4,300 aircraft ordered since Airbus launched the new model, which promises fuel savings of 15%. A similar version powered by CFM International is expected to win certification shortly.

Airbus decided to upgrade its most popular aircraft in December 2010 in face of challenges from other manufacturers led by Bombardier of Canada.

Boeing followed a year later with plans to upgrade the 737, a move that has also generated thousands of orders.  www.airbus.com