The event takes place today (Monday 23 November) and tomorrow at the Hilton Metropole Hotel in London. 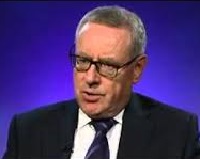 The event is organised by the Airport Operators Association, the trade body representing more than 50 UK airports, in association with BATA, BAR UK and the Royal Aeronautical Society.

The conference will see airports, airlines, aerospace and business and tourism groups coming together to discuss the key aviation and aerospace issues of the day.

Also there will be Paul Drechsler CBE, president of the CBI, and politicians including aviation minister Robert Goodwill MP; Lilian Greenwood MP, shadow secretary of state for transport, and Keith Brown MSP, the Scottish Government’s cabinet secretary for infrastructure.

The conference is being moderated by ITN news anchor and presenter Natasha Kaplinsky, and the separate awards ceremony on the evening of 23 November will be hosted by Independent journalist, travel broadcaster and writer Simon Calder. www.aoa.org.uk/uk-aviation-conference-2015