A Premium Economy Class aimed at long-haul business travellers is under consideration by Malaysia Airlines (MAS) under plans by chief executive Christoph Mueller to return the company to profitability. 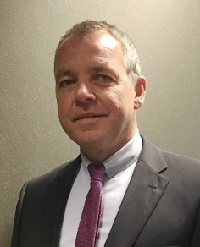 Mueller said the airline, which introduced a new Business Class seat earlier this month, will decide on the move early next year.

“We are very happy with Business Class demand, and this gives us the opportunity to increase the revenue per passenger in the Economy Class,” he added.

MAS is on a recovery path after flight MH370 disappeared with 239 passengers and crew in March last year. Four months later, MAS flight MH17 was shot down over eastern Ukraine, killing all 298 on board.

Mueller, whose CV includes working with Lufthansa, Sabena and Brussels Airlines and as CEO of Aer Lingus, joined MAS in May with a brief to restructure the company in a programme which might also include it disposing of its A380 super-jumbos.

A Premium Economy Class would give more appeal for business passengers. Rival carriers Cathay Pacific Airways and Singapore Airlines both have the option, Cathay since 2012 and SIA from earlier this year.   www.malaysiaairlines.com/my/en.html