A new Business Class cabin on its long-haul A330-220 fleet and an increase in Premium Economy seats from 40 to 68 have been announced by resurgent Hawaiian Airlines in response to growing competition on the Auckland – Honolulu route. 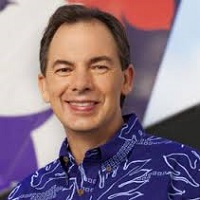 The carrier, which came out of bankruptcy a decade ago, is also strengthening its presence in the Australia market. It has bought new aircraft and invested in existing cabins in what chief executive Mike Dunkerley says is a sign of confidence in current conditions.

Air New Zealand, with twice-weekly flights, had a monopoly on Auckland – Honolulu before Hawaiian Airlines started its three-a-week service in March 2013. The New Zealand carrier has since increased its schedule to four a week.

The two carriers are the sole non-stop operators between New Zealand and the US, with Air New Zealand also flying from Auckland to Los Angeles, San Francisco and, from next month, Houston, but more competition is coming.

United Airlines plans to start flying three times a week from 1 July between San Francisco and Auckland with a 242-seat 787-8. Qantas and American Airlines are launching a daily code-share service between Auckland and Los Angeles a month earlier and considering increasing capacity between Sydney and San Francisco. www.hawaiianairlines.com