Australia’s largest hotel, the Four Points by Sheraton Sydney at Darling Harbour, has launched a Aus$200m redevelopment plan to spearhead the revitalisation of the area as Australia’s leading meeting destination. 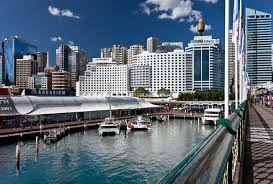 The project will see the hotel expand with an additional third tower, adding 222 new guestrooms to its current portfolio, bringing the total to 905, including 17 suites, plus extensive convention and exhibition facilities.

The new, 4,800sq m of convention, meeting and event space will feature floor-to-ceiling glass to maximise natural light and uninterrupted views of the harbour.

Facilities will include two pillar-less ballrooms, the largest seating up to 1,100 theatre-style, breakout and meeting rooms, dedicated pre-function space and state-of-the-art audio-visual technology.

Scheduled for completion by June for the convention space and October for the new tower, the new-look hotel will also include a contemporary lobby area.

The new development follows a Aus$30m renovation, completed in 2013, which included the refurbishment of guestrooms, introducing a new premium category, and the introduction of four new Heritage meeting rooms, with contemporary, warehouse-style spaces.

The hotel will be at IBTM in Barcelona this month.   www.fourpointssydney.com