Twenty years at the same price

Easyjet officially celebrates its 20th anniversary tomorrow (Tuesday 10 November) and is marking the occasion  – and highlighting its low-fares heritage – by releasing details of research on changing consumer prices since it started in 1995. 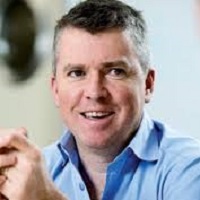 Peter Duffy, Commercial Director for easyJet, said: “When we began, it typically cost a couple of hundred pounds to fly into Europe. Our model of keeping costs low to keep fares low and then asking passengers to pay only for the services they use, was revolutionary then."