Al Maktoum International, also known as Dubai World Central (DWC), the second airport of Dubai, has welcomed the launch of flydubai operations with the arrival of the airline’s first flight last week. 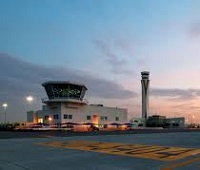 The carrier will operate services to a number of destinations from DWC while continuing its operations from Dubai International.

Paul Griffiths, CEO of Dubai Airports, said flydubai’s arrival at DWC was a strong endorsement of the growth strategy planned for the two-airport city.

Since launching its operations in 2009, flydubai has created a network of more than 95 destinations in 45 countries, with 17 new routes announced in 2015.

Opened in 2013, the existing passenger terminal at DWC is serviced by one A380-capable runway, 64 remote aircraft stands and has capacity for up to seven million passengers a year. The airport is served by five passenger carriers and 30 cargo airlines flying to more than 40 destinations in total.

Major expansion work on the terminal is due to start shortly that will see its capacity increase to 26m to accommodate future passenger growth.

The expanded facility is expected to open in 2018 and is a precursor to a US$32bn expansion plan to create the world’s biggest airport with annual capacity exceeding 200m passengers.   www.dubaiairports.ae