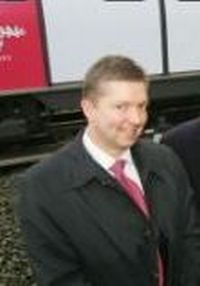 MIKE BROWN, brought in last year to sort out Heathrow after his predecessor’s somewhat lack of success with T5, is to return early next year from whence he came.  Prior to his BAA appointment as Heathrow Managing Director he had spent five years as London Underground’s Chief Operating Officer.  In his new role his title is Managing Director.  Once again his brief will be to deal with problems not of his making, but ones he is clearly conversant with including the collapse of contractor Metronet, which took place during his Heathrow sojourn.  Much of the upgrading has to be completed in time for the London Olympics 2012. www.tfl.gov.uk