Plans have been announced to make Addis Ababa ‘the aviation hub of Africa’ with the building of a mega international airport with the capacity to handle 120 million passengers a year. 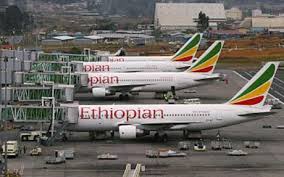 A decision is imminent on which of three recommended sites to choose, with the cornerstone to be laid next year and construction to start within two years.

Experts say the new airport will be on par with Dubai and Heathrow and will have four runways and several passenger terminals. Cost of the project is estimated at about US$4bn. The associated ‘airport city’ will feature hotels, shopping malls, office buildings and apartments.

Demand for air travel in Ethiopia is increasing, spurred by the country’s fast economic growth. The national flag carrier, Ethiopian Airlines, is expanding its route network in the country and internationally and more international carriers are now serving the capital.

The growth has meant existing airports are having to expand, including Addis Ababa Bole International. When its passenger terminal was built in the late 1990s, it was designed to handle six million passengers a year for 20 years but surpassed this after eight years. It now accommodates more than eight million.   www.ethiopianairlines.com