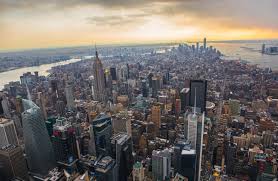 
New York had 6.1m meeting and convention delegates in 2014, up from 5.9m the previous year, and is on track to host 6.3m to the city’s five boroughs this year.
"Holding a meeting or event in New York has the power to drive record attendance, with constant new developments to showcase," said Paul Black, Senior Director of European MICE at NYC & Company.

This year has seen a series of new developments open across the city, including One World Observatory, the new Whitney Museum of American Art in the Meatpacking District and Lower Manhattan’s newest shopping destination, Brookfield Place.

There have also been hotel openings including the new eco-chic 1 Hotel Central Park, the New York Edition and Baccarat Hotel; in addition to infrastructure improvements. www.nycandcompany.org