Manchester Airport has welcomed Iberia Express to its roster of airlines with a three-a-week service to and from Madrid until the end of October, reverting to two flights a week for the winter.

The new service was seen off at Manchester with a traditional ribbon- and cake-cutting ceremony attended by Stephen Turner, Commercial Director, Manchester Airport, and Trevor Martin, Head of Revenue Management and Network, Iberia Express. 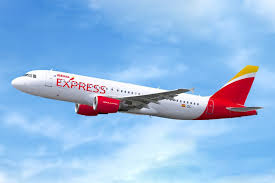 The flights are timed to offer easy connections from Madrid to Valencia, Vigo and other Spanish destinations, as well as to Lisbon, Buenos Aires, Mexico City, Montevideo, Santiago de Chile, São Paulo and Tel Aviv.

I don't see the point of putting on a 'business' service that is primarily to feed short, mid and long haul points on less than a daily basis. The business trio will always look to optimise a round trip itinerary and doesn't want to be split between airlines. Unless this service is intended to compete with O'Leary Air. But I doubt that.