The Board of Airline Representatives in the UK (BAR UK) has challenged the government to use the debate over Air Passenger Duty (APD) to review the tax and introduce a fairer version for the whole of the UK.

Responding to the Treasury Discussion Paper on options for supporting English regional airports from the impacts of APD devolution, the board says the current government clearly recognises it inherited a deeply-flawed air tax but tinkering is no solution to the challenges posed by tax devolution. 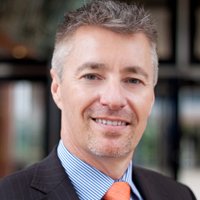 Chief Executive Dale Keller said that the priority should be to resolve the issues surrounding APD rather than give consideration to ‘half-baked’ proposals to assist English regional airports with differential rates.

Nine airports – Bristol, Birmingham, Doncaster Sheffield, Durham Tees Valley, Exeter, Liverpool John Lennon, Newcastle and Norwich – have separately formed a partnership to counter the government plan and call for policies to mitigate the effects of any cuts to APD in Scotland and Wales.

They say that their passenger numbers could fall by more than two million by 2025 if government plans to devolve APD to Scotland and Wales go ahead. Scotland has said it would halve APD if it were given the power.  www.bar-uk.org