With carryings topping the seven million number for August, the second month in a row it has exceeded the magic figure, easyJet has raised its full-year profit outlook.  As of Friday 11 September the share price stood at 1760.

Founder Stelios Haji-Ioannou , an outspoken critic of the current management, is with family interests still the largest shareholder.

Will he attend the airline’s 20th anniversary events planned for early November?  Bygones can be bygones.

In an official statement easyJet said it was optimistic about its performance, forecasting full-year profit of up to £700m as against £581m for the previous 12 months.  Friday 4 September saw a record 235,600 passengers take 1,544 flights.

The company said that it had benefited from a desire for a late August get away by Britons unimpressed with cool weather at home and encouraged by a strong currency. The £ reached a 7½ year high against the € in July.

The demand helped the group to bounce back from a tricky period earlier in the year when it was hit by air traffic control strikes in April and fires at Rome's Fiumicino airport.  www.easyjet.com 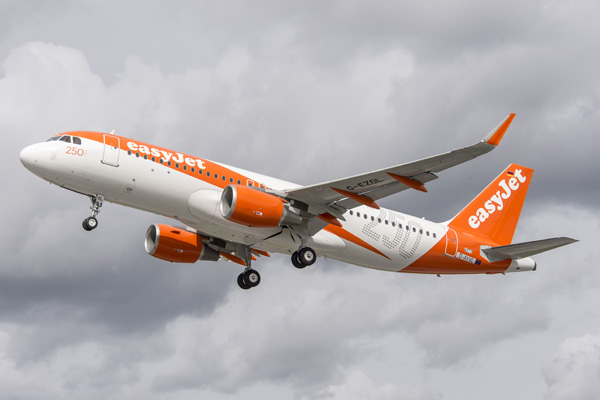