The Jodel 120 trapped at the closed Plymouth Airport departed on Friday (28 August) Flyer Air Portal reports (see BTN 20 August). Hopefully it is not the last aircraft to use what was once called Roborough.

Sutton Harbour Holdings Plc (SHH), leaseholder of the airport, had agreed to let Martin Ferid, the aircraft's owner and pilot who made the landing, return and fly the aircraft out.

In a letter to Charles Strasser of Aircraft Owners and Pilots Association (AOPA), Graham Miller, Chairman of SHH says: "I very much hope he [Martin Ferid] will be able to take off again from the airfield this Friday weather permitting and be safely on his way.  I completely agree with you that a precautionary landing was his best course of action in what sounds like an emergency situation."

Mr Miller went on to say it took longer than SHH or Mr Ferid would have liked to get the Jodel's airworthiness and insurance indemnities properly documented.  Mr Miller also confirmed no fees whatsoever will be charged by SHH.

Finally, Mr Miller confirmed that SHH will be updating its protocols for emergency landings "and we will be far better prepared for such an eventuality on a future occasion.  That said, we have to emphasise that this site is no longer a functioning airport." SHH cannot build on the airport site until 2031 and plans for its reinroduction for scheduled services are being considered.  www.flyer.co.uk 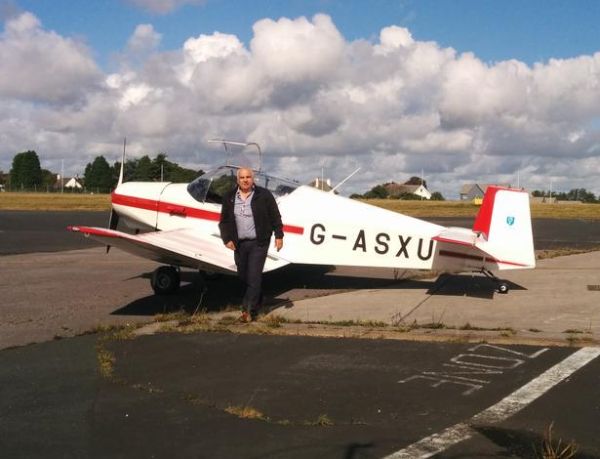