Britain’s five leading airports in terms of passenger numbers all reported significant traffic increases for July.  Heathrow, Gatwick, Manchester, and Luton saw record figures, with Stansted getting closer to its all-time 2007 record.  When the CAA publishes its figures for the month, probably in October, it will almost certainly name July 2015 as an all-time UK high.

Perhaps the most astonishing was Luton as it recorded a 16% increase as 1.3m people passed through the airport.

What is particularly surprizing about this figure is that the airport is now in the throes of a major rebuilding project.  Arriving passengers are now required to use the old terminal building, made redundant in 1998 with the current building, but for whatever reason never demolished.

The CAA airport statistics for June. 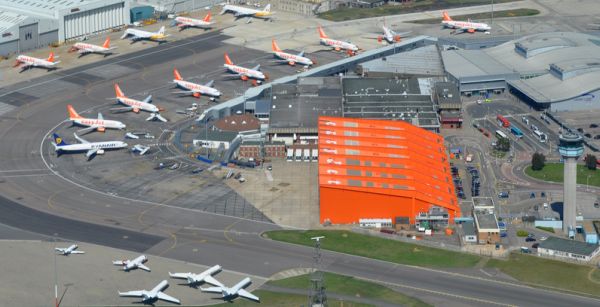 It was pleasing to know how well Luton Airport is doing in terms of growth however as you have noted with some incredulity it is going on during a major re-development. This includes bringing back into use an old building of which parts date back to 1968. It should have been demolished followed with a new build, however with a stated budget of around Ł100m and a lease of only 15 years left the full development will not be achieved or be of such poor quality unless LLA can re-write all of the building conventions. If the owners (Luton Borough Council) want an airport that is going to function properly and with greatly increased passenger numbers they will need to provide a greatly improved concession to the current operators. Unfortunately LBC are so indoctrinated with their left wing thinking I have doubts as to whether they can see the reality of what is required to create a world class airport.