American Airlines, Delta Air Lines and United Airlines have banned the transport of lion, leopard, elephant, rhino or buffalo killed by trophy hunters, in the latest fallout from the killing of Cecil the lion in Zimbabwe last month. 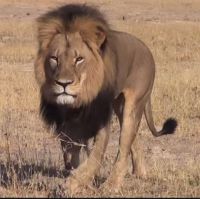 Delta, the only US airline to fly directly between the United States and Johannesburg, will also review policies on accepting other hunting trophies.

Even before the killing of Cecil, campaigners had called for major cargo airlines to halt shipments of endangered species killed by trophy hunters.  Lufthansa Cargo, for example, decided in early June to no longer accept any trophies such as lions, elephants and rhinos from Africa, while Emirates SkyCargo banned such shipments in May.

South African Airways had also placed an embargo on transporting trophies of rhinos, elephants, tigers and lions in April after incidents of false documentation.  But it reversed that decision two weeks ago, saying the Department of Environmental Affairs had agreed to tighten inspections and crack down on false permits.  Qatar Airways has also joined the banning.