Skywork back at London City

London City Airport (LCY) has announced the return of the Swiss independent airline Skywork after a brief sojourn to Southend (See BTN).  The airline originally came to LCY in 2011.

The big difference between its previous operation is that now the carrier is also serving Bern, the Swiss city on the Rhine, bordering both France and Germany.  Initially just a single operation leaving at 07:20 it will become twice daily Monday to Friday from 1 September, with also a Sunday service.

Flights will be operated by an Etihad Regional 50-seat Saab 2000 turboprop to Basel and, following a brief stopover, onward to the Swiss capital of Bern.  The airline flies five of the popular Dornier 328 to various destinations out of Bern.

Matthew Hall, Chief Commercial Officer, London City Airport, said: “Switzerland is a very important market for us and we are very pleased to welcome Basel and Bern to Geneva and Zurich on our list of destinations.”

SkyWork Airlines announced the route saying: “Business travellers have long wanted flights to LCY.  This new service is therefore in response to their requests and to SkyWork Airlines aspirations to offer seamless convenience."  www.flyskywork.com 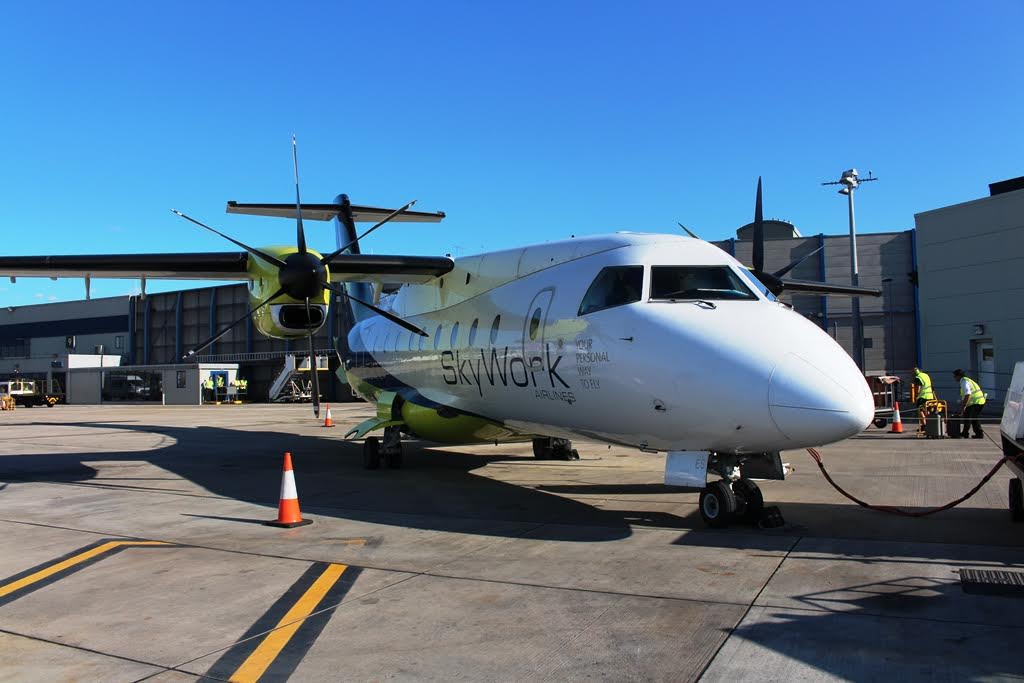