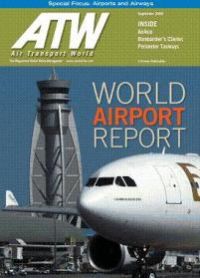 Way out in front by any means of comparison is American Airlines followed by Delta and United when it comes to operating revenue.  The figures prove that consolidation and Chapter 11 restructuring does really work all three having been in bankruptcy.

The present American Airlines is in fact the integration and rebranding of US Airways, itself an amalgamation with the highly successful American West.  Delta takes in the former Northwest Airlines, while United, similar to American, is in many ways the old Continental, even retaining the tail fin.