The Irish no-frills carrier Ryanair, which is celebrating its 30th anniversary, said that lower oil prices and industry-wide discounting would lead winter fares to be slightly lower when it announced last week its first quarter results to the end of June, .

Chief Executive Michael O'Leary said that the airline would expand by 15% in the winter compared with last year as it opens routes, adding that he expected rivals to react by "putting downward pressure on fares."

Mr O'Leary said the carrier enjoyed a "very good" first three months of its year as it entered the second year of its Always Getting Better campaign, which bids to improve the firm's customer service.

The carrier said that its load factor was 92%, up by 6% on a year ago, while average fares fell 4% to £32.  It expects to carry 103m passengers in the financial year but said it was "too early" to change its existing full-year net profit guidance of £670m to £692m.  New menus, new interiors and new staff uniforms are expected in the coming months.  www.ryanair.com 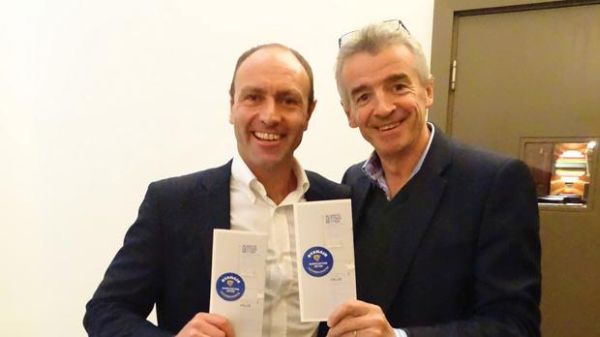