Dublin-based CityJet is gearing up for its London City – Cork service (see BTN 13 July), the first time Ireland’s second city has been linked to the docklands airport with a full scheduled operation.  These start on 1 October.  The three times weekdaily flight takes 1hr 25mins.   There are also services on Saturday and Sunday. 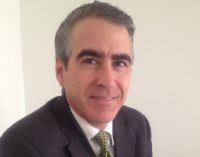 According to Patrick Lukan, the airline’s Vice President – Sales & Distribution, the service, up to 18 rotations per week, has been very well received.  “People in the southern part of the Republic are just not aware of London City and how quick it is to get into town.  It is going to be a real eye opener for them.”

Prior to the Cork introduction CityJet is planning to reveal its rebranding and new colour schemes in an early September presentation at Dublin.  CityJet is also known to be evaluating its future aircraft needs.

“We are also hoping to link up Cork with some of the 10 Continental destinations CityJet serves from London City,” said Mr Lukan, who noted that the London City to Dublin service, seven times daily Monday to Friday, is doing “exceptionally well."  www.cityjet.com

Certainly not the first airline to fly the route, Jetmagic began the route in 2003 with Embraer 135/145 jets and quality in flight service. Lets hope this lasts rather longer than its predecessor