There is no room for returning MP Boris Johnson in Prime Minister David Cameron’s new Aviation Committee, signalling that expansion of the Heathrow is likely to get the green light.

The group will be chaired by the Prime Minister, includes the two strongest advocates of the third runway: George Osborne, Chancellor, and Sajid Javid, Business Secretary. 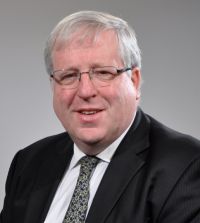 The Rt Hon David Cameron MP
Prime Minister, First Lord of the Treasury and Minister for the Civil Service Chair

Its terms of reference are simple:  “To consider matters relating to airport capacity in the South East of England in the light of the Airports Commission’s report.”

The press report I saw said that the report would be followed by public consultation. Why? We've just had a very intensive and well informed consultation at all stages of the Davies Commission work, including all of its reports. Is more consultation necessary?