Not a third runway

Whilst clearly in support of the Airports Commission’s recommendations regarding choice of airport, Jock Lowe, leader of the Heathrow Hub concept for an extended northern runway, has not dropped his unique scheme.  Coming from someone else it would probably be ruled out but Captain Lowe was Flight Ops Director for Concorde and is a very experienced Heathrow pilot. 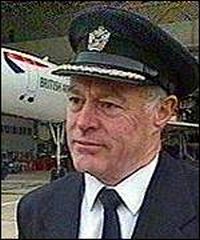 Lowe claims that whilst Heathrow Hub had stuck to the ‘Davies’ guidelines by only offering 700,000 movements, Heathrow Airport Ltd had come up with 740,000.  “We could do 800,000,” he said “ by moving the goalposts.  Our project is not even a third runway.  It is a practical extension of what there is already,” a hint to the Prime Minster who in earlier times has said that there would be no new runway in the south east.  Captain Lowe said that Heathrow Hub would not include knocking down 750 houses.  The costs would be £3bn to £5bn cheaper.

NATS has indicated lack of air traffic problems and Lowe explained that there would be no extra noise over west London, less in fact, and cited Stockholm where the aircraft routing for Arlanda now bends to miss the village of Upplands Vasby.  “With GPS routing had become far more precise.”   www.heathrowhub.com