ON THE SOAPBOX: Brenda Dean – Chair of Runways UK Advisory Board

The Rt Hon Baroness Dean of Thornton le Fyde (Brenda Dean), is a Partnership Board Director of National Air Traffic Services (NATS).  She is President of Abbeyfield Society and Non-Executive Director of the housing and regeneration company, Places for People, and Council Member of the University of Nottingham.

She was Chairman of the Freedom to Fly campaign and has been Chairman of the Armed Forces Pay Review Body; the Housing Corporation and Covent Garden Market Authority.  She was the first woman to be elected General Secretary of a major manufacturing trade union – the Society of Graphical and Allied Trades. 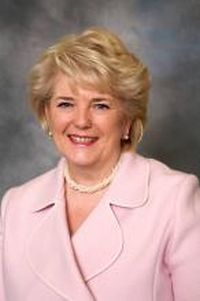 "Over the next two days the 2105 Runways UK conference will be taking place.  A wide range of speakers will be presenting and debating the Final Report of the Airports Commission.

My SOAPBOX on this Monday morning is not a comment on the recommendations but an outline of what to expect at London’s Grange Hotel.  There is little doubt that speakers, and from the floor, will make their points.

During the last three years the Commission, headed by Sir Howard Davies, has collated the most detailed and evidence-based body of analysis on aviation capacity ever produced in the United Kingdom; through the Runways UK conference Sir Howard, and his colleague Philip Graham, will explain the conclusions they have reached.  There is substantial agreement that the UK needs more airports capacity but less consensus as to where that should be.  Whilst the UK has ducked again and again the decision needed, other nations in Europe, and beyond, have expanded to the detriment of Britain.

I feel strongly about the crucial role aviation plays in the economic prosperity and well-being of the United Kingdom so I was delighted to accept in 2013, the role of Chair of Runways UK’s Advisory Board.  We are an independent discussion body committed to expansion of the UK’s aviation capacity whilst not wedded to the location of the expansion.  Our mission is to promote debate and concerns itself with the short, medium and long term aviation infrastructure and connectivity needs of the United Kingdom working, to date, in parallel with the Airports Commission.

Since our very successful conference in January 2014 which considered the Commission’s Interim Report, we have staged a number of events across a range of topics considered in the Report.  Sir Howard Davies, Chairman of the Commission, joined us at that 2014 conference and we are again delighted to welcome him and several members of his team, over the two days of this week’s conference.

Sir Howard will open the Conference by video address and he will join us at the conference supper on Monday evening when Lord (Digby) Jones will also be our speaker.  Day 1 will also see Lord (Andrew) Adonis, Transport Secretary in the former Labour Government commenting from a Whitehall perspective.  This will be followed by representatives of the Commission’s recommended airport for the expansion, Heathrow, along with many key stakeholder groups.  They include the airline, business, local and environmental communities along with City Hall, the travelling public, regulator, air traffic management and surface transport providers.  A lot of ground to cover but we look forward to those taking the platform to give their initial reactions to the Commission’s recommendations.

On Day 2 of our conference the first speaker will be Philip Graham, Head of the Airports Commission Secretariat.  In a 45-minute slot Philip will expand in more detail the Commission’s recommendations.  We will then turn our attention to what is needed in the short and medium term to make best use of existing resources prior to any new runway capacity.  In doing that we will also take a detailed look at the ‘what next’ in planning and policy terms, whilst acknowledging that Government has not formally committed to adopt the Airports Commission’s runway recommendation.

To that extent this is the beginning, and to avoid the outcome some fear, of this report gathering dust on a shelf, the industry must work together with its supporters, as well as its detractors and with Government, to help them reach a decision that represents the best, most sustainable, outcome for our country.  The final Government decision will not be the one preferred by all – that we know – but Runways UK will work to support that decision to ensure the expansion needed in the UK is achieved.  Our next Runways UK conference will cover the Government decision which indications say is expected later this year.

Such a decision will represent an outcome to a debate which has raged for over 50 years.  Surely that is long enough to conclude such a crucial issue for all of us in the UK".  www.runwaysuk.com