Firmly established as Europe’s largest regional airline Flybe is expansion minded as it sees the established ‘low-cost’ carriers moving to bigger and bigger aircraft.  “We have this niche to ourselves with the 78-seat Q400 and 88-seat Emb 175.  easyJet is dropping the A319 and Ryanair is looking at more seat capacity with the Boeing MAX,” said Chief Executive Saad Hammad. 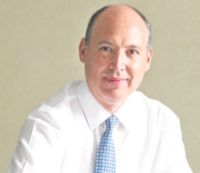 The carrier has announced a pre-tax loss of £35.6m in the year to the end of March, reversing an £8.1m profit a year earlier.  Much of this has been put down to a joint venture with Finnair, which has now been sold at a nominal price.  Despite the loss, Mr Hammad maintained that the three-year turnaround programme of the Exeter-based airline “absolutely remained on track.”  Passenger revenue per seat rose by 3.3% to £51.35, driven by a 5.7% increase in load factor to 75.2%, an excellent figure for the style of operation.  British Airways is no longer a shareholder.

Mr Hammad also confirmed that the recently announced codeshare with Emirates (see  BTN  15 June) is due to go on-line from July “and has vast potential”.  “We now operate out of 37 UK airports,” he said.  “Flights from the vast majority of these link up with Emirates services out of Birmingham, Gatwick, Glasgow, Manchester and Newcastle.”  www.flybe.com