Airlines are still struggling with in-flight wi-fi within Europe, although it is now becoming standard in the US and long haul, with Etihad easily the current best, offering a cheap but very effective system.  In North America there are no communications borders to cross, the United States and Canadian systems compatible.  With Europe it is much more complex, Norwegian the only airline to offer the service, but not on all flights.  All cruise ships are wi-fi equipped, RCCL the best to date. 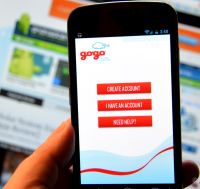 A recent survey sponsored by Gogo, based in Illinois, and the service provider to Alaska Airways, American Airlines, Delta and United amongst others, has revealed that 80% of air travellers across Europe and the Middle East want to see wi-fi on their flights.  In fact, 38% of air travellers in Europe and the Middle East are able to charge company expenses for in-flight services, more so than any other region, making these passengers a huge untapped resource.

So if passengers want and are willing to pay for wi-fi, why aren’t European airlines responding? Ryanair attempted in-flight phones some years back now, and quickly withdrew the service.  Do you want the passenger next to you shouting down the phone?   BTN  is planning a Norwegian flight shortly.   www.gogoair.com

Inflight phones and Inflight wifi are not the same. I am not sure what relevance the question about shouting down the phone has to the topic of wifi. Even though wifi is allowed in the USA, speaking on the phone via wifi is not. I happen to think that's a flawed ruling but nevertheless it does show that you can have one without the other.