In a move that has surprised many the Lufthansa Group (which includes Austrian Airlines, Swiss and Eurowings) announced at the IATA Miami gathering (see elsewhere in this issue) that it plans to add a surcharge to tickets purchased anywhere other than its websites, service centres and airport ticket counters beginning on 1 September. 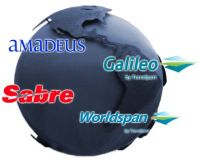 Up in arms are GDS (Global Distribution System) operators Amadeus and Sabre, who see it as a way of bypassing their ticket processing.  Likewise TMCs and individual travel agents.

What makes the move a little odd is that Lufthansa says that two thirds of its booking currently comes via GDS.  Air France-KLM is considering its options.  "It's a key issue, an absolutely key issue for us.  The majority of our revenues comes from GDS," said CEO Alexandre de Juniac noting that the airline still has two years left to run on its contract with Amadeus.

Other airline CEOs attending the industry meeting, including IAG's Willie Walsh and Alaska Airline's Brad Tilden told reporters that they applauded Lufthansa for its decision but remained coy on whether they would follow suit.

The Global Business Travel Association (GBTA) was very firm: “We believe that this planned strategy will negatively impact corporate travel programmes,” it said in a statement.  www.gbta.org   www.lufthansa.com