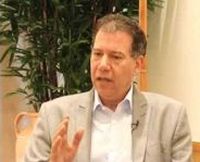 "We expect that the transaction will ultimately reach conclusion, but we'd certainly love to see a hard look at what kind of remedies might be appropriate to allow competitive connectivity to Ireland to continue to exist," Kreeger said.  "We'll just have to wait and see what Virgin's relationship with Aer Lingus will look like after a takeover deal.”

The Irish government has agreed to sell its 25% and stakeholder Etihad Airways its 4.9% interest.  Ryanair, with 29%, the largest Aer Lingus shareholder, has not made public its views and has appealed to the UK’s Supreme Court saying that the decision by the Competition and Markets Authority (CMA) is, "manifestly absurd" and "irrational, hopelessly wrong and contrary to the real world evidence."  The words of Michael O’Leary, Chief Executive.  He said he thought that legal action planned by Ryanair "certainly rules out a forced divestment in the next 6-12 months."

He refused to rule out renegotiation of IAG's €2.55 per share offer price.  Nor an Aer Lingus bid.