Thomson Airways welcomed its ninth Boeing 787 Dreamliner into its fleet when it touched down at Stansted Airport.  The non-stop delivery flight from Seattle also marked the launch of new long haul routes from the airport to Mexico’s Caribbean Coast and Orlando-Sanford, Florida for Thomson and First Choice customers in summer 2016.

Parent company TUI points out that is the first time the UK’s leading holiday company has flown long haul from Stansted and is part of its strategy to ensure customers across the UK can fly from their local airport.

Customers flying long haul in Premium Club from Stansted in summer 2016 will also be granted access to the exclusive ‘Escape’ airport lounge for complimentary drinks and snacks.  Fast track through security and priority boarding will also be part of the offering.

Thomson Airways has recently unveiled plans to expand its Dreamliner fleet with up to four new, larger Boeing 787-9 Dreamliner aircraft.  The airline has converted two existing orders for 787-8 (for delivery in summer 2016) to the new larger capacity 787-9 aircraft. The airline has also placed an order for a third 787-9 with an option to purchase a fourth, growing its Dreamliner fleet to 13 aircraft by June 2016.  http://flights.thomson.co.uk/en/index.html    www.stanstedairport.com 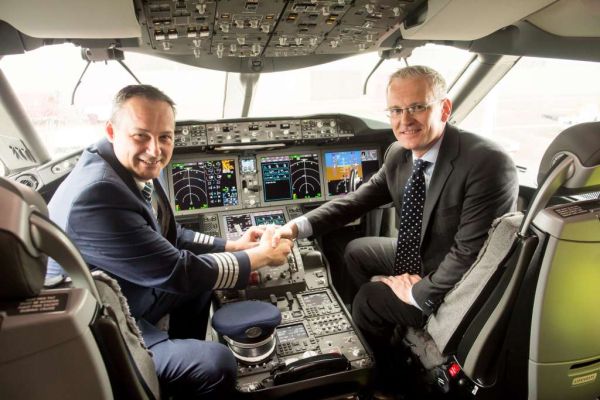