New Twin Otters to the UK

Two brand new versions of a passenger aircraft that first flew 50 years ago (20 May 1965) have arrived in the UK ready for airline service.

The de Havilland Canada Dash 6 was certificated by the British CAA as requested by Brymon Airways in 1973.  Brymon put the aircraft to work flying from Plymouth to the Channel Islands and the Isles of Scilly.  The headroom is tight.  Brymon recruited shorter cabin staff for the 1+1 layout.

A number of UK commuter airlines have flown the utility twin turbine powered short landing and take-off aircraft since.  These include Loganair, who will operate the ‘Twotters’ on public service (PSO) routes on behalf of Highlands and Islands Airports Ltd, part of the aviation largesse of the Scottish government, who also own Prestwick Airport.

In 2007 Viking, an aircraft support company based on Canada’s west coast, purchased the manufacturing rights for the DHC-6 Series 400 Twin Otter from Bombardier.  In October 2008, some 22 year after the last Toronto-built Twin Otter flew, the first of the new glass cockpit aircraft took off.

Nearly 70 have been assembled since then, production now running at 24 units per year.  Up to 600 of the 844 original DHC-6 Twin Otters are still in operation.   www.vikingair.com 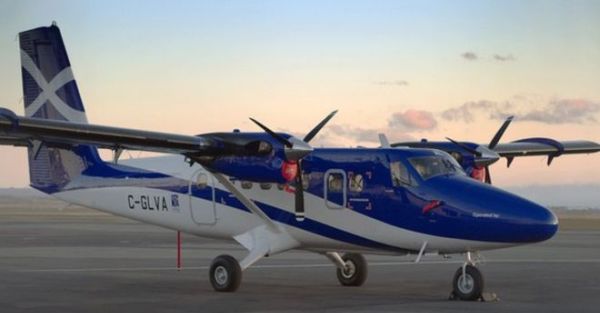