All might well be revealed this week regarding its A380 prospects when Malaysia Airlines is expected to disclose future fleet plans.  It has been placed in voluntary administration as part of a restructuring under its government owners. 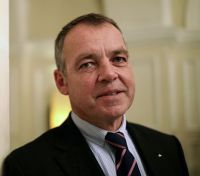 Christoph Mueller, who joined from Irish national carrier Aer Lingus, said in his first interview since taking over as Chief Executive on 1 May that the reinvented company will be like a "start-up".  A new name and livery are a possibility.  Up for sale are at least two of the airline’s six A380 aircraft.

Last week British Airways introduced a daily Boeing 777 service on the Heathrow – Kuala Lumpur route in direct competition with Malaysia prompting suggestions that the two airlines, both members of oneworld, will undertake a codeshare, as is the case with Malaysia and American Airlines.  BA feeding into the Malaysian hub would work well it is suggested.

"It's not a continuation of the old company in a new disguise, everything is new," he said.   www.malaysiaairlines.com/my/en.html