A rare RAF Spitfire is to be auctioned for charity and could fetch up to £2.5m at Christie's.  Shot down in May 1940 during the evacuation of Dunkirk it stayed hidden until the 1980s when strong tides exposed the smashed aeroplane.

Prior to its auction, Spitfire P9374 will be flying again at IWM Duxford in the VE Day Anniversary Air Show over next weekend’s Bank Holiday 23-24 May.  It is also expected to go on display outside Churchill’s War Rooms by Horse Guards Parade prior to the auction on 9 July.

"It flies beautifully," said Jussi Pylkkanen of Christie's.  "They say that it is the Harley Davidson of the skies."

The money raised by the sale will go to the RAF Benevolent Fund and Panthera, a leading wildlife conservation charity.  www.winstonchurchill.org   www.iwm.org.uk/visits/iwm-duxford   www.christies.com/features/last-of-its-kind-spitfire-5969-3.aspx 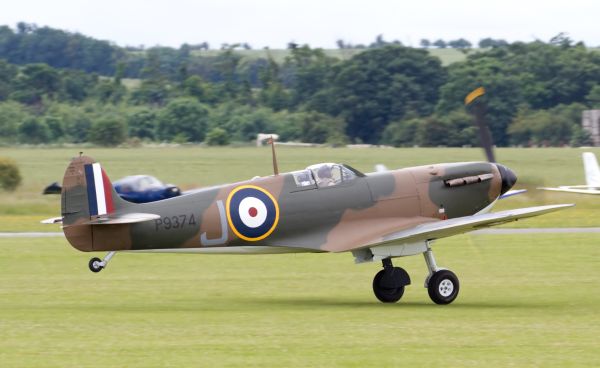