The UK airports were in a rush to get out their statistics for April last week.  The build-up to the election did not seem to stop people travelling.

6.14m passengers travelled through Heathrow with emerging markets particularly strong, Mexico up 13.1%, China 16.0% and the Middle East & Central Asia by 3.1%.

Nearly 3.2m passengers travelled through Gatwick in April 2015, a 0.6% increase on the previous year.  Dubai remains the busiest long haul route out of Gatwick, with passenger numbers increasing month on month following the introduction of a second daily Emirates A380 on the route.

Manchester Airport numbers continue to grow, established as Britain’s third busiest airport just ahead of sister company Stansted with 1.72m for the month at a record rolling 22.3m passengers.  Stansted is now 21m, a monthly 1.9m, 10.7% up from 2014.

Luton Airport recorded an 11.4% increase to 993,000.  The airport has already confirmed 14 new routes for 2015, with four taking flight in as many days last month.  From 24-27 April, aircraft departed to new (or revisited) destinations Antalya, New York, Porto and Waterford.

The CAA airport statistics are current for January/February 2015.  www.caa.co.uk/airportstatistics 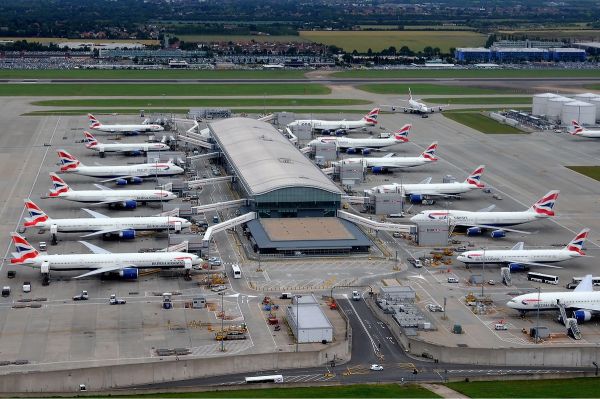