Thomas Cook and the US

Titus Johnson, one time stalwart at London City Airport and more recently Air Berlin’s man in the Americas, has joined Thomas Cook Group Airlines as VP North America and Caribbean based in Chicago, and will also be commercially responsible for the Condor brand. 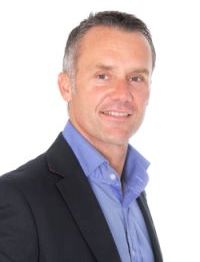 The airline has announced a significant expansion of transatlantic flights for 2016. With the added news of an additional Airbus A330 long haul aircraft in 2016, Thomas Cook Airlines will be the largest long haul carrier at Manchester Airport serving six US destinations, more than any other airline –  Boston, Las Vegas, Los Angeles, Miami, New York JFK and Orlando.

The airline is also expanding at Glasgow Airport with the launch of weekly flights to Las Vegas last week and new services to Holguin and Varadero in Cuba set for next winter.

From the beginning of May the airline has upgraded its Premium Economy product out of Manchester, offering a 35” seat pitch (but no increased APD which comes in at 40”) priority check-in and boarding, fast track security, complimentary drinks, upgraded meals and snacks, newspapers, extra luggage allowance, pillows, duvets and amenity kits plus a dedicated cabin crew.   www.thomascookairlines.com