With his usual sense of timing Sir Howard Davies announced on Friday (8 May) an 11th hour delay by the Airports Commission in issuing its eagerly awaited report, due at any time after the election.  However Sir Howard, Chairman, plans to take up a new appointment at Royal Bank of Scotland in September. 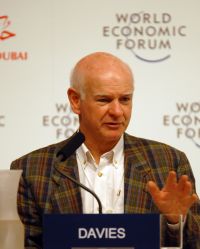 As with his decision to take a second look at London Mayor Boris Johnson's Thames Estuary project, which he turned down, Sir Howard is covering all possibilities legal and otherwise, that could stop the recommendations going ahead.  He is seeking public comment on the impact of expansion on air quality and has given a three week deadline, any comment required by Friday 29 May.  The move comes after the Supreme Court ruled last month that Britain must speed up its efforts to tackle air pollution, having breached EU limits.

The Commission was still hoping to deliver the report by the end of June, although this seems a very tight schedule.

The commission’s decision to seek further public comment will be an extra safeguard against any judicial review. “It could be vulnerable unless they do something,” said one person close to the bidders.  www.gov.uk/airports-commission

Having recently been to both Schiphol and Paris CDG the UK will miss out greatly if it does not stop procrastinating about expanding its runway capacity. It appears that Gatwick could almost go ahead right now. But it does seem strange that the decision makers, our politicians, cannot make decisions or are frightened to make them! Our future air transport expansion is at stake and much of the rest of Europe are more than happy to step in and take our business whilst we delay and delay!