In what is considered Emirates' largest engine order ever Rolls-Royce is to supply engines for the final 50 of its existing 140 Airbus A380 order.  All current Emirates A380s (60 aircraft delivered) are powered by Engine Alliance, a joint enterprise created 1996 between the US engine manufactures General Electric and Pratt & Whitney.

Though a shift in engine supplier is rare, the deal will not come as a surprise after the airline's President Tim Clark said in March he was considering Rolls-Royce engines for the 50 aircraft for which engine selection had yet to be made.  British Airways initially put a GE engine on its initial batch of 777s, later also changing to Roll-Royce.

Airbus will not drop the A380 despite slow sales, its chief executive Fabrice Brégier told Les Echos newspaper, and will take time to decide on an upgrade as Emirates has requested.

"We are already working on ways to make the A380 more attractive economically by adding seats while preserving the amazing comfort of the plane," he said.  Long-term, the question will be how to improve its performance by working on aerodynamics and motorisation.  But we will not do that until a good business plan can be found.  That is not the case now and we have no intention to spend indiscriminately."  www.emirates.com  www.rolls-royce.com/customers/civil-aerospace.aspx www.airbus.com 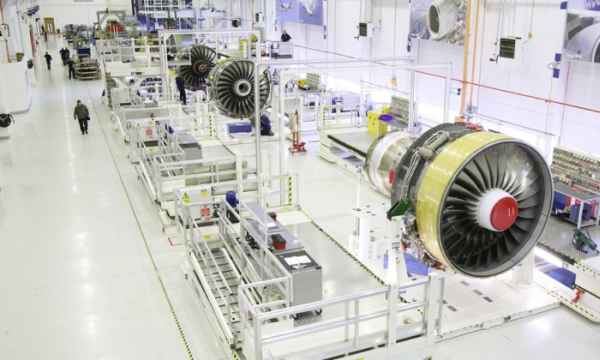