Aegean and its image

Renowned London-based Greek fashion designer Sophia Kokosalaki has presented Star Alliance member Aegean’s new uniform design.  In choosing Kokosalaki to design the company’s new uniforms Aegean says that it is reaffirming its commitment to promote the work of Greeks around the world, hence highlighting the Greek nature of its operations.

Dimitris Gerogiannis, CEO of Aegean, stated: "Our company’s Greek character always pushes us to promote and showcase the work of those who share the same values with us.  We are very happy about our collaboration with Sophia Kokosalaki and the new dynamism she brings to our image by creating our new staff uniforms."

The concept of the new uniforms combines the Greek element, promoted by the airline, and the fashion designer's love for Greece, which is her point of reference in all her creations.  The result, according to Sophia Kokosalaki, is guided by the principles of ancient Greek classicism: the search for balance, and economy of line, simplicity and timelessness.  She used these same principles not only for the dress she designed for Aegean’s flight attendants but also for the uniforms of pilots and the airport ground handling personnel.  www.aegeanair.com 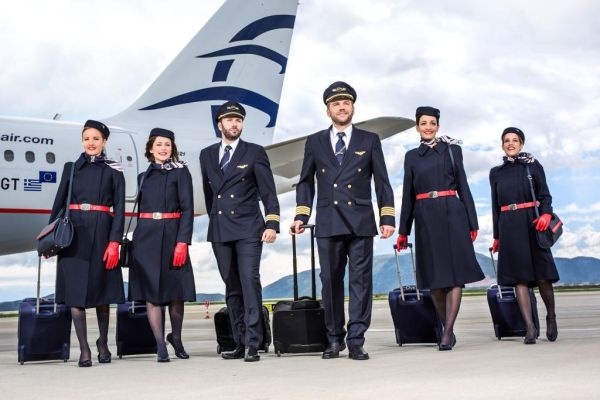